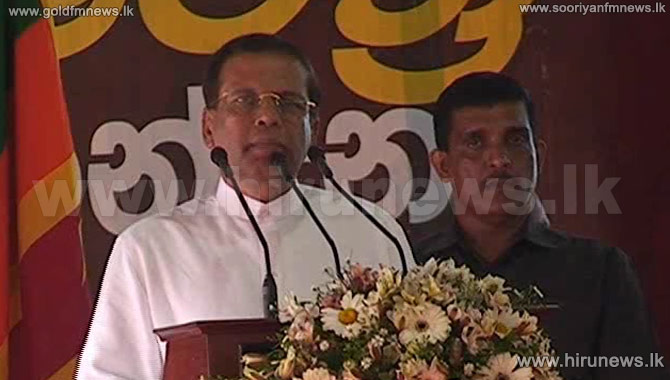 President Maitripala Sirisena says that the honour of ending the corrupt rule and setting up good governance belongs to all the people of the country.

A ceremony was held in Polonnaruwa yesterday to welcome President Maithripala Sirisena.

President Maithripala Sirisena addressed the public in Polonnaruwa for the first time after assuming office.

Two special People’s Rallies were held under the patronage of the President at the Thohpaawaewa stadium and the Hingurakgoda Dudley Senanayake Stadium.

Participating in the occasion the President said that it was possible to introduce a political culture that had drawn the attention of all leaders of the world.

On this occasion the President pointed out that through the interim budget submitted to parliament on 29th this month, steps would be taken to provide a number of concessions not given by any Government.

At this rally the President said that a programme of freeing the country and the people from poverty by decreasing the price of several essential goods would commence.