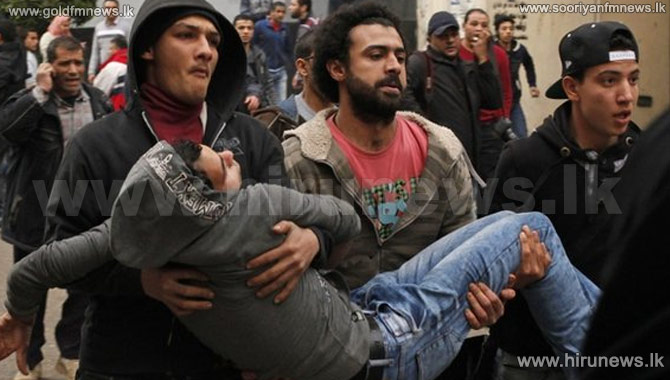 At least 18 people have been killed in clashes between police and protesters across Egypt.

Three police cadets were among the dead, and dozens of protesters were also injured.

The protests were staged to mark the fourth anniversary of Egypt's 2011 uprising, which toppled long-time leader Hosni Mubarak.

Security in major cities was tightened ahead of the anniversary, and key locations in Cairo were blocked off.

Dozens of people were killed in similar protests last year.