Police to investigate documents of PM's office found in a well. 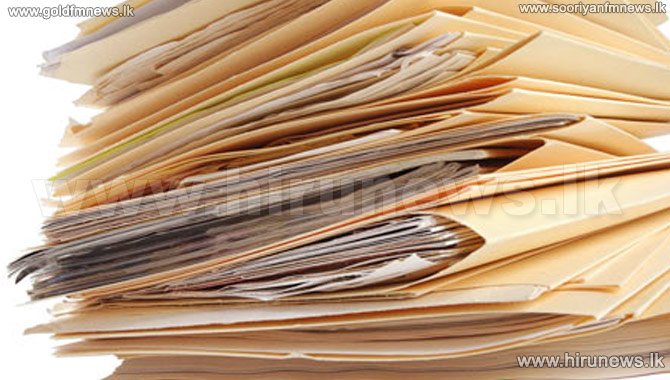 4 officers attached to the Prime Minister’s Office have been assigned to investigate into the documents found in 19 sacks which had been abandoned in a deserted well of Watina-paha at Devalapola in Minuwangoda.

Our area correspondent said the 4 officers have already arrived in the Minuwangoda police to start investigations.

The 19 sacks of documents were found last Saturday in an abandoned well belonging to a coordinating secretary of former Prime Minister D.M. Jayarathna.

The 19 sacks are currently in the custody of Minuwangoda police.  Police Media Spokesman SSP Ajith Rohana said that a special investigation would be held with regard to the founding.