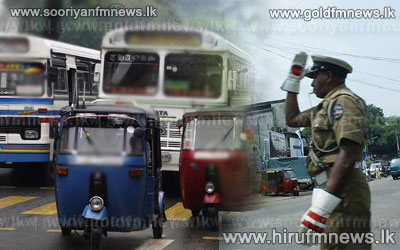 The Ramakrishna and Vivekananda Road in Wellawatta area connecting the Galle Road and the Marine Drive would be made one-way tomorrow between 6.00 a.m. to 11.00 a.m. and between 3.00 p.m. to 7.00 p.m., the police said.

The drift system is only a rehearsal, the Police said in a media communiqué.