Presidential term to be reduced to 5 years - says President 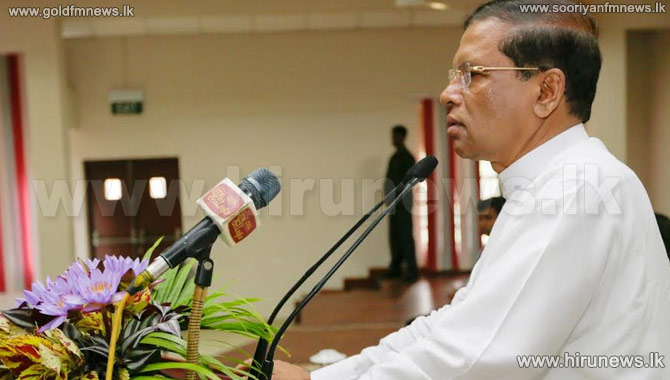 President Maithreepala Sirisena says the necessary amendments are afoot to reduce the term of the executive president from 6 to 5 years.

The President stated this during a ceremony organized by state workers of Polonnaruwa at the Thopawewa Sports ground in Polonnaruwa yesterday.

The president also participated in several other events in the district this morning.

Among them was the inauguration to grant 3000 rupees food allowance to kidney patients, a promise made in the 100 program.

Meanwhile addressing another ceremony organized to welcome the president, President Maithreepala Sirisena explained the reasons which compelled him to accept the chairmanship of SLFP.