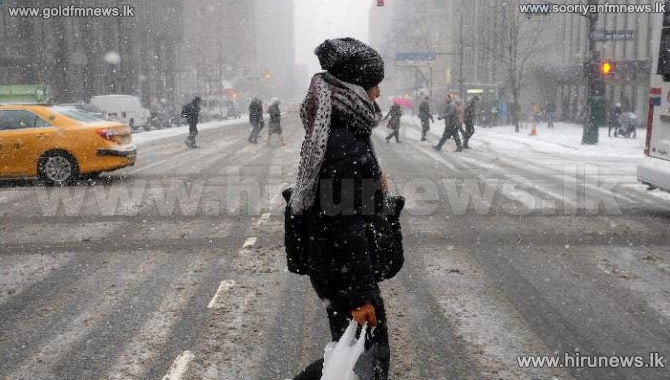 A winter storm pounded the northeastern United States hitting tens of millions of people and forcing the rare cancellation of Broadway shows in an "historic" New York blizzard.

Winter Storm Juno is expected to dump up to around a metre of snow in parts of the northeast, with the worst affected areas likely to be New England, particularly Connecticut and Massachusetts.

More than 6,560 flights were cancelled, the New York city transit system was to shut at 11pm and road travel made a criminal offence in 13 counties of New York state.