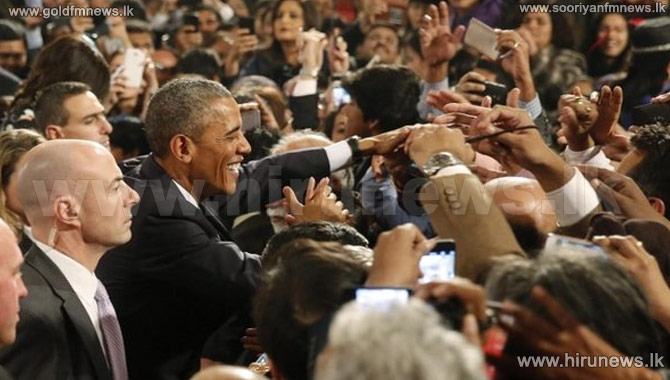 US President Barack Obama has addressed a town hall-style meeting with young people in Delhi on the final day of his visit to India.

The US can become India's "best partner", Obama told the gathering of university students and activists.

Speaking at a joint business forum in Delhi yesterday, Obama said there was "much untapped potential" in the US-Indian economic relationship.

He was also the chief guest at India's Republic Day military parade.

He also spoke of the importance of religious tolerance and raised the issue of women's safety and dignity.