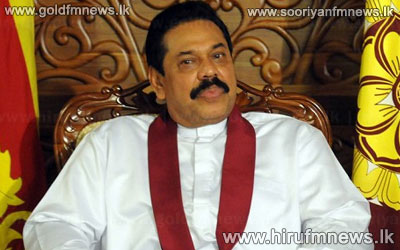 Former President Mahinda Rajapaksa says that accepted procedures should be followed against misdeeds if any.

The former president, in a notice to the media stated that various allegations have been made against him, his family as well as his previous government during the presidential election and after the election.

The notice further stated that mudslinging is taken place maliciously through media, and he has been vilified by the media.

Expressing his views about an alleged coup at Temple Trees in the night of Presidential election day, former President Rajapaksa said that he only had a discussion with the then Opposition Leader Ranil Wickremesinghe before leaving Temple Trees.