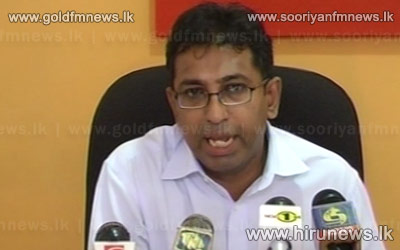 Deputy Minister of Policy Planning and Economic Development Dr. Harsha De Silva yesterday lodged a complaint with the Bribery Commission to investigate Allegations of Bribery or Corruption with regard to the Hyatt regency Hotel Venture in Kollupitiya claiming that there had been various corrupt and fraudulent transactions with regard to the dealings involved in the project.

Minister De Silva who disclosed the deals one by one stated that the project which belonged to Ceylinco Shriram previously had been sold to Sino Lanka Hotels and Spa Ltd for Rs. 350 million by the committee selected to provide recompense to the Ceylinco investors although there was another offer for Rs 7.5 billion.