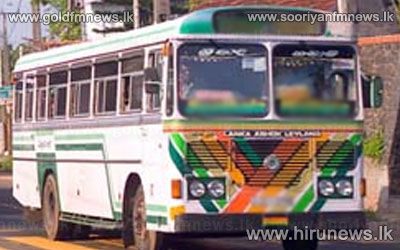 It is reported, that four suspects have been taken into custody in the Koswatte area while hijacking a luxury bus earlier today.

The suspects has used a three-wheeler to stop the bus by blocking the road and hijacked the bus after forcing the driver and passenger out, the police said.

According to the police, who reacted immediately after being informed, could successfully arrest the suspects and took the hijacked bus into custody.

Inquiries disclosed that the suspects are residents of Malwana and Malabe area, and the hijacking took place over a financial dispute between the suspects and the bus owner.

The police taking steps to produce the suspects before the Magistrate Courts today.