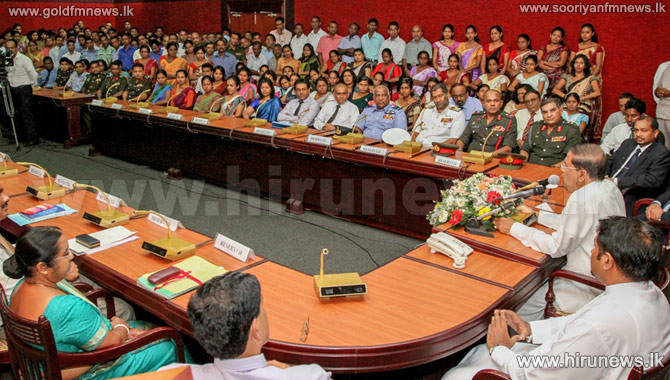 President Maitripala Sirisena says that on behalf of the country and the people every step will be taken for national security by further consolidation of the democratic foundation contained in the constitution.

The President said so while commencing duties yesterday as the State’s Defence Minister.

On this occasion the President said that a national security program, much stronger than the past, would be implemented both nationally and internationally.