Opposition Leader protest against the procedure of removal of Chief Justice 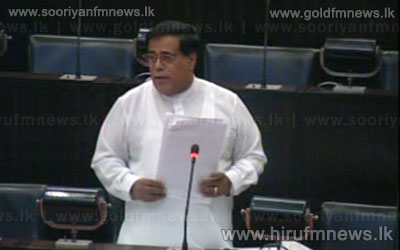 The Opposition Leader Nimal Siripala de Silva stated in parliament today that the removal of Mohan Pieris from the post of chief justice excluding the accepted procedure is against the law and good governance.

However the Judiciary Service Association stated in a communiqué that they praised the decision taken by the President to reinstate Sri Lanka’s 43rd Chief Justice Shirani Bandaranayake in the position.

At the same time, MP Dinesh Gunawardana requested the Speaker to summon a political party leaders meeting to discuss this matter, adding that it was a tragic moment.

Later Prime Minister Ranil Wickremesinghe also intervened in the dialogue, stating that he will make a complete statement tomorrow regarding the matter, and the incident related to police.

He also said that he has informed this to the opposition leader.

The prime minister added that there is no issue for a debate, and that the constitution has not been breached.