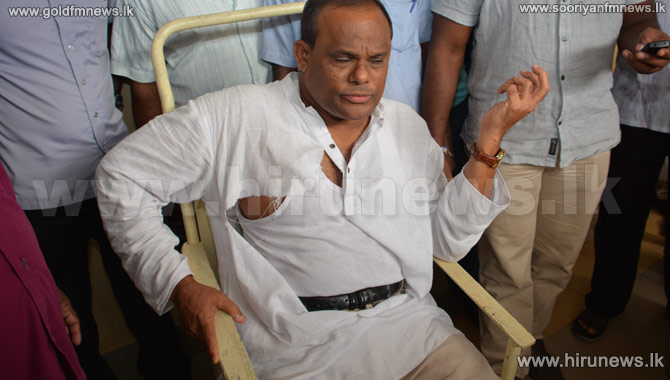 Wattala PS Chairman Thyagaratna Alwis told our news team that UNP supporters assaulted him and his fellow members during the monthly meeting.

Later Western Provincial Council Chief Minister Prasanna Ranatunga who visited the scene said that a proper investigation should be held with regard to the incident.

When our news team contacted Public Affairs, Disaster management and Christian affairs Minister John Amaratunga said that he was not present at the time when the incident was occurred.

At the same time, MP Felix Perera drew the attention of parliament to this assault incident today.

A tensed situation was reported today morning when the Wattala Local Council (LC) was convened.

It is reported that a group of members from the Local Council were demanding the Chairman to resign from his post.

The group had then forcefully removed the Chairman from Local Council premises.

Later, the Local Council was convened before the Deputy Chairman.