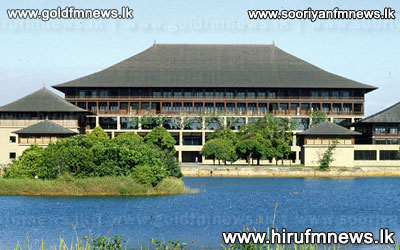 Heated words were exchanged in parliament this afternoon as the Opposition demanded a debate over the special statement made by Prime Minister Ranil Wickremesinghe on the removal of Mohan Peries.

Due to the tense situation, house was adjourned for 20 minutes.

Later the Prime Minister agreed to hold the debate on February 5th.

However MP Dinesh Gunawardana requested to open the debate and allow at least one Opposition MP to address the house.

AS the Prime Minister reminded them the debate has been fixed for February 5th, the opposition again requested the debate on February 2nd.

That request was also turned down by the government saying rehearsals for the Independence Day are held.

Later certain MPs engaged in argument though time was not allocated for such on the house agenda.