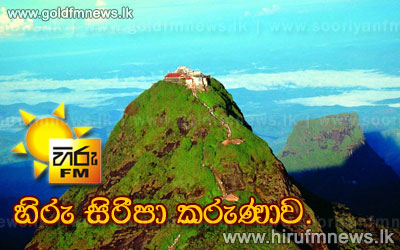 Today is the final day of Hiru Siripa Karuna”, the grand pilgrimage organized to pay homage to the Lord Buddha's Sacred Footprint.

Our Sister Channel - Hiru FM, picked up pilgrims from 6 major towns this morning and transported them to ascend the sacred hill.

The group reached Nallathanniya towards late afternoon yesterday passing by large crowds gathered beside the route.

Hundreds of Hiru FM listeners throughout the country joined this pilgrimage organized by Hiru FM, while crowds gathered along the route to Sri Pada made their generous donations of 'Ata Pirikara'.

Following religious observances in Nallathanniya, the group of pilgrims ascended the Sri Pada.

Our correspondent stated that the group of pilgrims had completed their climb and left Nallathanniya.