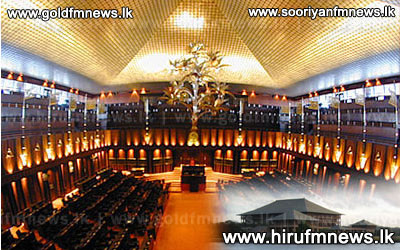 As per the request of Prime Minister Ranil Wickremesinghe, Speaker Chamal Rajapaksa has decided to convene a special parliament meeting on coming Monday.

Secretary General of Parliament Dhammika Dasanayake told our news team that on this day a special debate concerning the ousting of Mohan Pieris, who served as the Chief Justice thus far, will be held as per the request of the opposition.

A relevant gazette notification has been issued regarding the matter where the parliament is to be convened at 2pm.

An debate took place in parliament yesterday when the opposition requested for a debate following Prime Minister Ranil Wickremesinghe’s special statement regarding the ousting of Mohan Pieris from his position.

The parliament was adjourned and was convened again after 30 minutes.

At this moment, the prime minister agreed to hold a debate on the 5th of February.

However, when the parliament recommenced, MP Dinesh Gunawardena requested to hold a debate yesterday and allow at least one opposition MP to express their views.

In response, the Prime Minister said that the debate will be held on the 5th of next month.

When a request was made to hold the debate on the 2nd, the ruling party denied it, stating that a rehearsal for Independence Day celebrations will be held on the particular day.

Later, a heated argument occurred between the opposition and the ruling party members.