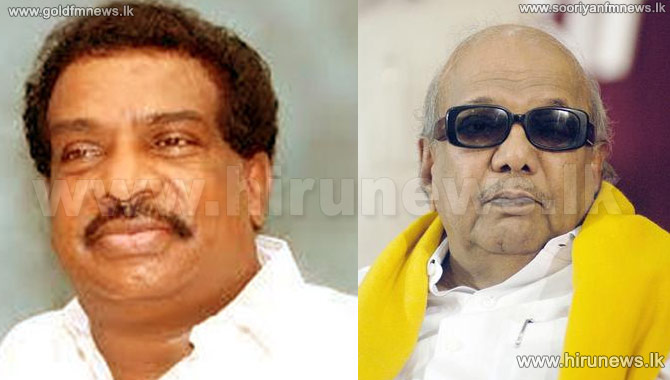 Minister of State for Plantation and Industry K. Velayuthan has said that the election of Maithripala Sirisena as the Sri Lankan President has offered a hope to the Tamils in Sri Lanka.

India’s The Hindu newspaper reported that talking to reporters after meeting DMK leader M. Karunanidhi, Minister Velayuthan said he had explained the situation after change in leadership.

Minister K. Velayuthan said one of the priorities of the new government was to rehabilitate the internally displaced people and those who were in the camps.

Asked about the plans to send Tamil refugees to Sri Lanka, he said the Sri Lankan government was ready to provide all support to those who were willing to return.