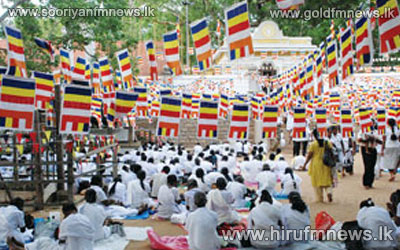 The Nawam Full moon poya day is important to Buddhists around the world due to many important events which took place in the Buddha Sasana.

Well, it was on a Navam Poya day the Buddha for the first time enacted a code of discipline for the Bikkus, which is since considered as the fundamental ethical precept.

This Poya is also important for the reason of Sariputta and Moggalana entering the Order of the Sangha. They would later be appointed by Buddha’s as his chief disciples.

Later, some 2553 years ago, on the Navam Poya day, Buddha made it known that the Great Passing away of himself will come in three months on the immediate Vesak Poya day.

Also the first Sanga Sammelanaya of the Buddha Sasana was held on Nawam Poya Day, at Weluwanaramaya in Rajagahanuwara.