Situation in Sri Lanka satisfactory - say the US and the Commonwealth 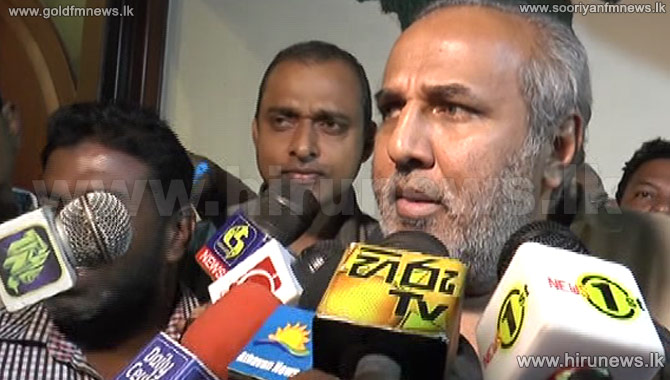 Before leaving the country this afternoon following a 2-day visit in the country, the U.S. Assistant State Secretary met minister Hakeem for a discussion.

Another meeting between the TNA and the U.S. Assistant State Secretary was held at the U.S. Ambassador’s quarters in Colombo this morning.

TNA MP M.A. Sumandiran told our news team that problems of Sri Lankan Tamils, and solution to the national problem were discussed during the meeting with the U.S. Assistant State Secretary.

Commonwealth Secretary General Kamalesh Sharma stated this in a statement before leaving the country this morning after a 3-day visit in the island.

The Commonwealth Secretary General met several local representatives including President Maithreepala Sirisena and Prime Minister Ranil Wickremesinghe during his stay in the country.

Later Kamalesh Sharma said that his discussions were focused on the options of implementing the LLRC recommendations through a domestic process.

He said that it is a positive sign of the current government’s attempt after January 9th to initiate reforms, accountability and reconciliation.

He also stated that the appointment of civil governors to the Northern and Eastern provinces to ensure democracy and the appointment of a new chief justice to safeguard the rule of law are positive steps that have been taken to strengthen good governance in the country.

Commonwealth Secretary General Kamalesh Sharma also said that he explored the possibility of extending the support of Commonwealth mechanism to the ongoing 100-day plan of the current Lankan regime.