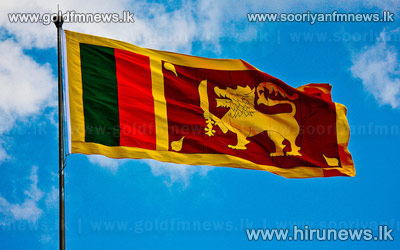 Sri Lanka will celebrate her 67th National Independence Day at the Parliamentary Sports Grounds in Sri Jayawardenepura Kotte with the participation of President Maithripala Sirisena.

President Sirisena will pay floral tributes at the foot of the statue of Sri Lanka’s first Prime Minister D.S. Senanayake at Independence Square, with the participation of Prime Minister Ranil Wickremesinghe, ministers, religious dignitaries and special guests including Ambassadors and High Commissioners.

President Maithripala Sirisena will arrive at the venue of the main ceremony around 8.45 a.m. and will be received by Prime Minister Ranil Wickremesinghe and Home Affairs and Fisheries Minister Joseph Michael Perera.

He will be conducted to the main flag post by the Chief of the Defence Staff, Three Service Commanders and the Inspector General of the Police.

Amidst the beating of magul bera and blowing of conch shells, President Sirisena will hoist the National Flag.

President Maithripala Sirisena in his Independence Day message stated that the celebration of this 67th anniversary of our Independence is of special significance as it sees the launch of a new era of good governance in the country.

This comes with a new commitment to the unity of our people, to safeguard freedom and democratic rights, and proceed to a future that moves further from the re-emerging forces of colonialism.

The strengthening and progress of peace in our country requires social, political and economic policies that give the highest priority to the needs of the people.

This includes social welfare, economic progress, and a determined move towards good governance, which is in keeping with the traditions of tolerance and understanding of our country.

The continuing strength of our freedom that was won 67 years ago requires the advance of our youth through the acquisition and development of new skills, access to new knowledge and technology, and re-kindling the spirit of freedom throughout our land.

This celebration of freedom is the time to pay our tribute to the security forces that defended our sovereignty and territorial integrity with great sacrifice in the battle against terrorism.

As we move forward in freedom, let us ensure the strengthening of peace and harmony to bring every success to our children and future generation who will inherit this land. Let us join in a pledge to build a future of peace, freedom and prosperity in the shining light of honesty of purpose and Good Governance.

Prime Minister Ranil Wickramasingha in his Independence Day message said today, we are celebrating the 67th anniversary of Independence while a civilized political culture is being created in our beloved motherland.

When the Father of the Nation, D.S. Senanayake, the first prime minister of Sri Lanka launched the independence struggle, the main weapon he used was the unity and brotherhood among the communities that lived in harmony in our country.

Groups that represent diverse communities, following different religions, political parties, civil organizations and various groups came together onto one platform, shedding their differences to achieve a common objective for the benefit of the nation.