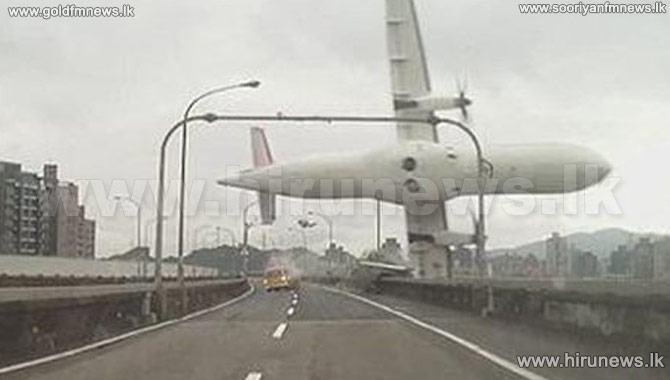 A plane carrying mostly Chinese tourists has crashed into a river in Taiwan, killing at least 16 people.

Dramatic video footage emerged showing the TransAsia Airways plane clipping a bridge as it came down shortly after take-off from a Taipei airport.

The plane, carrying 58 people, has broken up and the fuselage is lying half-submerged in the Keelung River. Rescue efforts are ongoing.

Rescuers on boats have cut the plane open to gain access to several people still trapped inside.