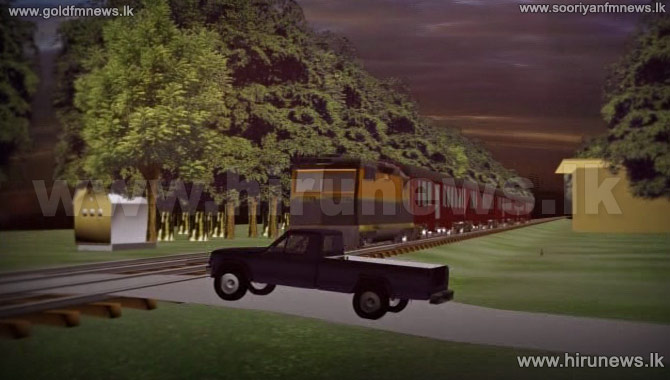 The railway department has decided to install a railway gate at the Ragama – Batuwaththa railway crossing following the tragic accident yesterday where 4 persons were killed when a double cab collided with a train.

A father, his two sons and a daughter were killed when a double cab in which they were travelling hit the Rajarata Rajina near Batuwatta Railway Station yesterday afternoon.

The mother and another daughter who received injuries are receiving treatment at Ragama hospital.

The Batuwatta Railway crossing is a Bell and Light signal system.

The double cab has first stopped for signals, and after one train passed towards Ragama, the cab was driven before the green light signal.

At this moment, the Vavuniya bound Rajarata Rajina collided with the double cab that was passing the level crossing.

Thushari Raj Kulatunga and Tharushi Madushani, the other two victims are receiving treatment at Ragama hospital.

The family of Vae-hulu-pitiya at Nugawela Road in Negombo faced the tragedy while on their way to visit a relative in Ragama.