Protest in front of Defense School 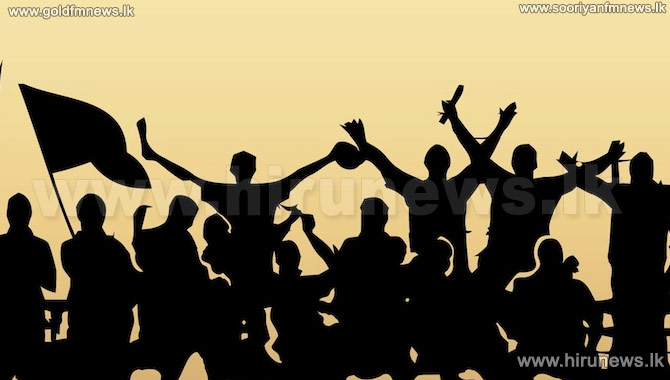 Another group of parents of Slave Island Defence College staged a protest today as well in support of the Brigadier in charge of the college administration and the army platoon.

The traffic around Malay Street and Slave Island were blocked for several hours due to this protest.

Meanwhile a group of teachers attached to the Slave Island Defence College staged a protest charging that this particular brigadier has scolded the college principal in abusive language.

The teachers also protested against the army platoon installed inside the college premises.

A group of assistant secretaries of the Defence Ministry who visited the scene promised to settle the matter by Friday.

The protesting parents today accused the college principal as well as Lanka Teachers Association charging that they are acting to buckle up the smooth flow of the college administration.

When our news team contacted Lanka Teachers Association President Joseph Starlin to comment on the allegations, he said that the army platoon should be removed from the college premises.

Meanwhile the two main protesting groups, Lanka Teachers Association and security personnel on duty at the college would be summoned to a discussion organized by the Defence Ministry tomorrow.