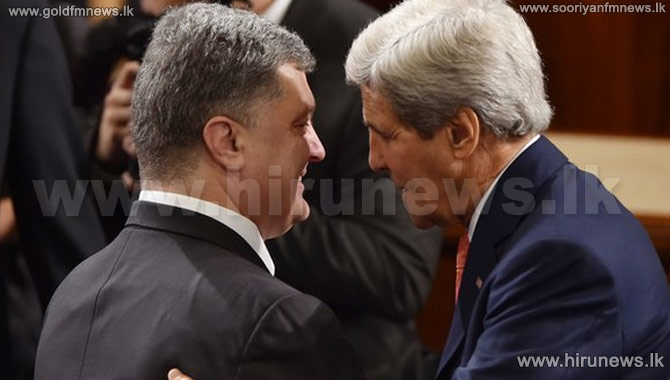 US Secretary of State John Kerry is to hold talks in Ukraine, as Washington mulls whether to start sending weapons to help Kiev fight pro-Russian rebels.

The US has so far only provided "non-lethal" assistance to Ukraine.

Meanwhile, Nato is set to unveil what the bloc's chief says are "the biggest reinforcement" of its "collective defence since the end of the Cold War".