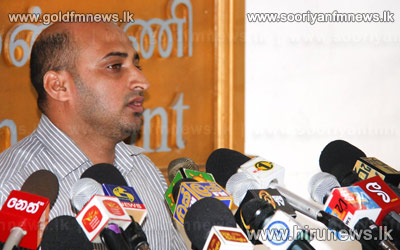 The National Freedom Front accuses that the government has not removed all taxes imposed on fuel, even though they have reduced the fuel prices.

While speaking during a media briefing held in Colombo today, Media spokesman of the party Mohammed Musammil stated that the government has made a pledge to remove all taxes imposed on fuel after they come into power.

When reporters enquired regarding the use of 2 Passports by the wife of NFF leader Wimal Weerawansa, the media spokesman of the party had this to say.