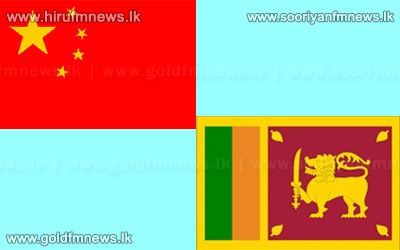 During the meeting, the Special Envoy conveyed warm greetings of the Government of China to the new Government and emphasized continuity of the close friendship and engagement with Sri Lanka reinforced by the exchange of high-level visits.

Referring to the Sri Lanka - China relationship as an ‘all-weather friendship’, Foreign Minister Samaraweera pledged Sri Lanka’s support for the further consolidation of friendly relations between the two countries.

Meanwhile, the Cabinet has also approved to continue the construction of the Colombo Port City project.

Cabinet Spokesman and Minister Rajitha Senarathna said the Prime Minister informed the Cabinet that there are no defaults found in the Environment report on the Colombo Port City project.

Foreign Minister Samaraweera is scheduled to undertake a bilateral visit to China in the latter part of February 2015 on the invitation of the Chinese Government.

The Chinese Government has also extended an invitation to President Sirisena to undertake a State Visit to China in March this year.