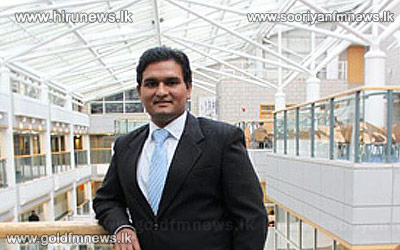 A murderer serving life for the murder of Thavisha Peiris in Sheffield has lost an appeal against his sentence.

Kasim Ahmed was ordered to serve a minimum of 23 years behind bars after admitting murdering 25-year-old Thavisha Peiris.

Ahmed and his 26-year-old cousin Shamraze Khan, who denied the offence but was found guilty, attacked Thavisha Peiris, when he pulled up on Southey Crescent in October 2013.

Thavisha Peiris who was graduated from Sheffield Hallam University, bled to death.

Ahmed, challenged his 23-year tariff, with his lawyers arguing it was ‘too long’ and claiming the sentencing judge had been wrong to class the case as ‘highly serious’ and claimed his troubled background had not been taken into account enough.

But his challenge was thrown out by top judges.

A post-mortem examination revealed Thavisha Peiris, who was working his last shift that night after landing his dream IT job, suffered 14 stab wounds, including one to his heart.