Update: Sample body parts of Ambalanthota student who died during a marathon sent to Colombo 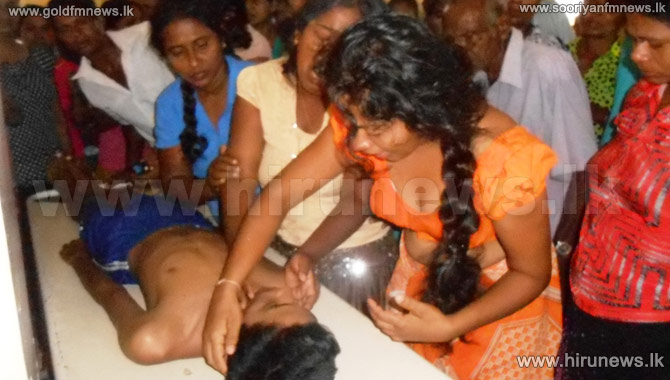 The sample body parts of Chamod Sathsara of Ambalantota Bolana Navodya Vidyalaya who died this morning during a Marathon race have been sent to the Government Analyst.

Doctors who held the post mortem at the Hambantota hospital this afternoon have given an open verdict, and samples of the body parts have been sent to the Government Analyst for further investigation.

A Year-10 student of Bolana Navodya Vidyalaya Chamod Sathsara was admitted to Ambalantota hospital after he collapsed during a Marathon race this morning.

A hospital spokesman told our news team however Chamod had died when he was brought to hospital.


A Year-10 student of Bolana Navodya Vidyalaya in Ambalantota has died while participating in a Marathon race this morning.

Several deaths of students were reported from different schools in the recent past.

A girl student of Rivisanda National School of Aranayake died while participating in a 5000 metres race on the 26th of March 2013.

Another girl of Ananda National School of Chilaw also died while participating in an inter-house Marathon race.

The third tragic death was reported from Gnaneswara Buddhist School of Willorawatta in Moratumulla in 2013.

In that incident, a Year-8 girl student who fell sick during sports practice died after admitting to hospital.

The Education Ministry has already informed school principals through a Circular to hold medical tests on students before they are enrolled for sports events.

However Principal of Bolana Navodya Vidyalaya in Ambalantota where the student died today told our news team that a medical test was done on the dead student before he was enrolled for the Marathon.

He also said that doctors who tested late Chamod Sathsara have recommended that he was physical fit to participate in the Marathon.