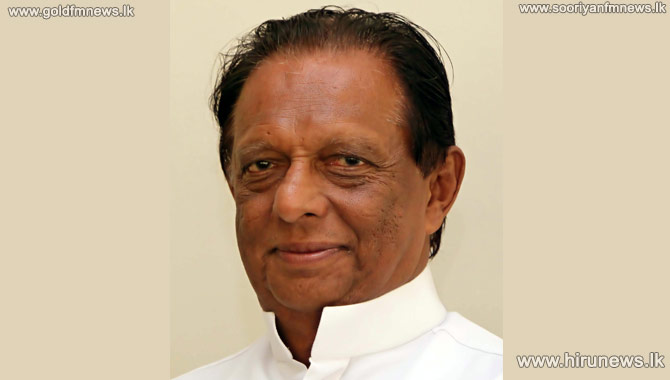 The Opposition is scheduled to hand over the No confidence motion against Public Security, Christian Religious Affairs and Disaster Management Minister John Amaratunga to Speaker Chamal Rajapaksa today.

UPFA MP and former minister W.D.J. Seneviratne said that over 100 MPs have already signed the motion against Minister Amaratunga.

The Opposition is bringing the motion against Minister John Amaratunga in protest of the assault on 4 Wattala Pradeshiya Sabha members including its Chairman on the 30th of last month.

Opposition Leader Nimal Siripala de Silva announced in parliament for the first time about the no confidence motion against minister Amaratunga when parliament met on the 2nd of this month.

Meanwhile our attempt to contact Minister John Amaratunga to comment on the issue was futile as the minister did not respond.