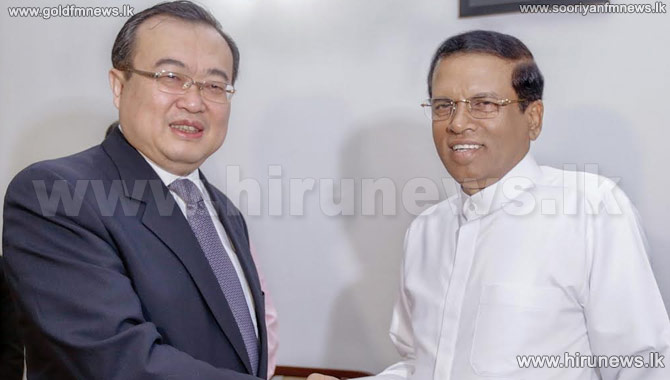 While expressing hope that China would assist Sri Lanka in its development endeavors in the future too, President Maithripala Sirisena invited Chinese government as well as private companies to increase investment in Sri Lanka when the Chinese President’s Special Envoy and Assistant Minister of Foreign Affairs, Liu Jianchao called on the President today.

Minister Jianchao who is currently on a two-day visit to Sri Lanka said China expected to further enhance the long –standing bilateral relations between the two countries and pledged his country’s continued assistance to Sri Lanka’s development.

During the discussion it was revealed that President Sirisena is scheduled to undertake a state visit to China in late March and during that visit many discussions will be held to further cement existing bilateral relations.