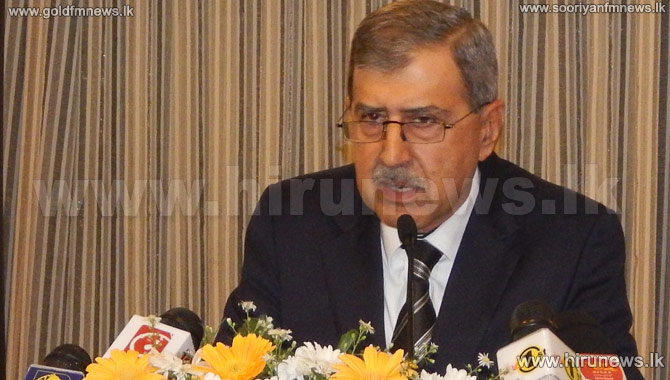 A seminar titled “Kashmir Dispute in the Regional Perspective” was held in Colombo, last evening, to express support for the Kashmiri people on the occasion of Kashmir Solidarity Day.

The event was attended by a large number of participants including diplomats, members of academia, dignitaries, Pakistani community based in Sri Lanka and a large contingent of media personnel.

The speeches delivered by the eminent speakers underline that lasting peace in the world especially in the South Asian Region cannot be guaranteed unless Kashmir Issue is resolved in accordance with the wishes of Kashmiri people and the United Nations resolutions of 1948 and 1949.

The High Commissioner of Pakistan Maj. Gen. (R) Qasim Qureshi while speaking on the occasion, highlighted the significance of Kashmir issue and said that it was the main stumbling block in making SAARC an effective entity.

He noted that Kashmir issue is more relevant today, as it involves the principle of self determination and human rights of the Kashmiri people. The International Community is far more conscious of these principles today, than it was at any time in the past.

He explained that the purpose of this seminar was not to vilify any party to the dispute, but to draw attention towards the miseries of the Kashmiri people and to appeal to the international community to take cognizance of the urgency of resolving the Kashmir dispute in accordance with the aspirations of Kashmiri people.

Chairman Kashmir Study Forum Sri Lanka, Mr. Jamal ud Deen, said it was the obligation of the world community to ensure a United Nations sponsored plebiscite in Kashmir according to the wishes of the people of Kashmir. He decried the human rights violations have been committed by the Indian armed forces in occupied Kashmir for the past 6 decades.

He recalled that the complaint relating to Kashmir was initiated by India in the Security Council, however, India is reluctant to implement the resolution for past 64 years.

Ramla Wahab from Lakshman Kadirgamer Institute for International Relations and Strategic Studies highlighted the commercial and cultural roots of Kashmir and its significance as an important junction on the ancient silk route connecting China with Europe. She noted that the resolution of this dispute could usher in new vistas of progress and cooperation in the region. She underlined that integration of regional economies through revival of the ancient silk route was the best way forward for economic growth of not just Kashmir but all countries of south Asia.

Speaking on the occasion, senior analyst Ameen Izzadeen stressed that the peace loving people around the world were concerned about the sufferings of the Kashmir people. He said that the UN resolutions, which called for a plebiscite in Kashmir, warranted attention of the international community. He said that there was no legality in the claims that Kashmir is legally Indian Territory.

The message of the President of the Islamic Republic of Pakistan on the occasion of Kashmir Solidarity Day was read out to the audience by the Deputy High Commissioner, Mr. Sarfraz Ahmed Khan Sipra.

Kashmir Solidarity Day is observed every year by Pakistan and Kashmiris around the globe on February 5 since 1990 to remind the international community and the United Nations of their promises made to Kashmiris decades back for holding a plebiscite and respecting aspirations of Kashmiri people.