We are a different opposition: new "troika" says 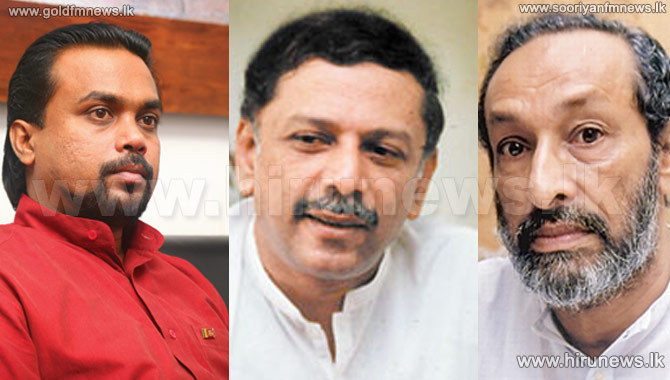 Reports said yesterday that several political parties that had represented the UPFA were getting ready to force the Alliance to name former President Mahinda Rajapaksa as the UPFA Prime Ministerial candidate at the next general election.

A media briefing to create awareness on this is also scheduled to be held today.

Meanwhile DLF leader MP Vasudeva Nanayakkara too told our news team about the media briefing scheduled to be held today as follows.

However participating during the Hiru Hard Talk programme Opposition Leader Nimal Siripala de Silva replied as follows to our query about  naming the former President as the prime ministerial candidate.