"Important is fulfilling the promises" - President 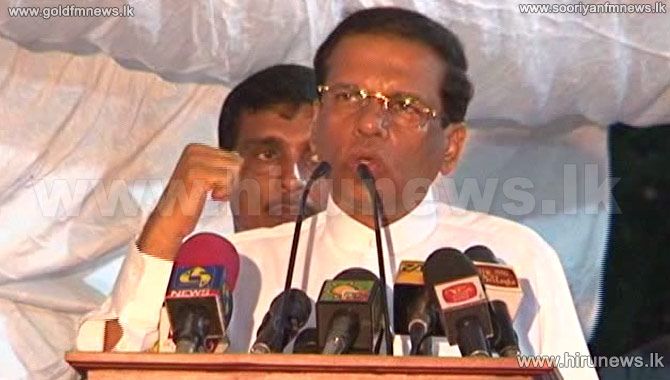 President Maitripala Sirisena said that what should be done was not to spend time on tomorrow’s challenges but doing the work assigned for today.

Stating that some were asking him about the mode of going to the upcoming general election platform, the President said that was the actions the Government has taken fulfilling the promises made to the people.

President Maitripala Sirisena said so while participating at the ‘Honouring the People’ Celebration organized for offering President’s plaudits for the people of Siyanae-koraley at the Nittambuwa Public Stadium yesterday.

This celebration was organized by former President Chandrika Bandaranaike Kumaranatunga.