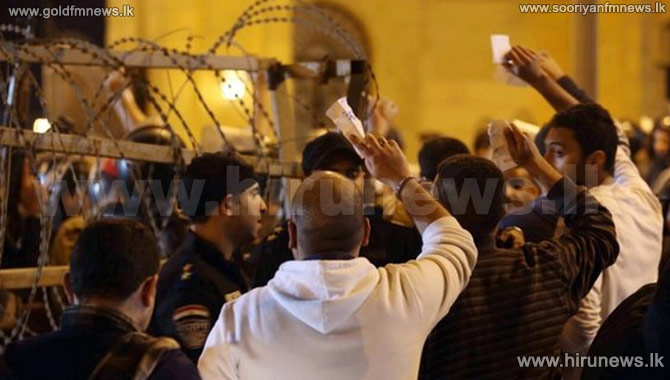 The Egyptian authorities have suspended football league matches indefinitely after clashes at a stadium in Cairo left at least 22 people dead.

People were crushed after police fired tear gas at supporters of Zamalek who were trying to force their way in for a match against their city rivals.

The fans blamed the authorities for opening only a single gate.

The last time the league was suspended was in 2012 after 74 fans died in rioting at a game in Port Said.

At least 20 people were also injured in Cairo yesterday, at the Air Defense Stadium.