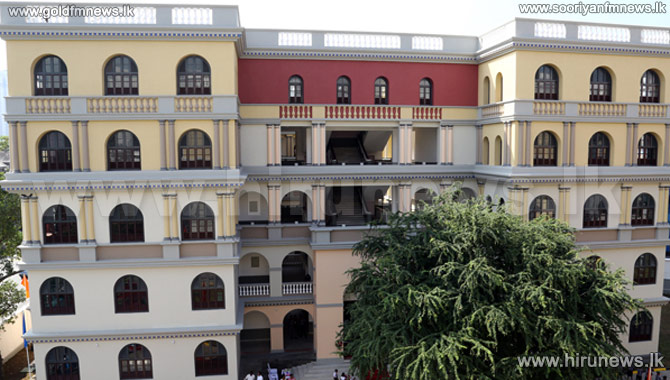 The dispute created at Slave Island Defence Service College after the brigadier in charge of school administration reprimanded the college principal has been further aggravated.

Our correspondent stated that two groups of parents supporting separately to the principal and the brigadier had assembled beside the main gate of the college this morning as well.

Meanwhile participants rallied under the Parents Guild to Safeguard the Defence Service College said the principal should be removed from the school as he is involved in corruption.

Parents Guild to Safeguard the Defence Service College stated that the Lanka Teachers Association should not interfere in this matter.

Disputed parent groups had a lengthy discussion with the participation of Defence Ministry Secretary last Friday.

Meanwhile Sri Lanka National Principals Association Precedent Parakrama Weerasinghe told our news team that another discussion would be held with the participation of service commanders and the IGP to settle the Defence Service College dispute.