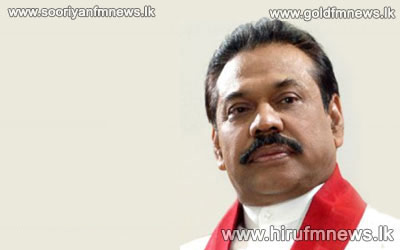 Former President Mahinda Rajapaksa a special aircraft at a cost of 16 million US Dollars has not been ordered for his personal use.

In a statement to the media, former President Rajapaksa says it was only a special compartment ordered from the Airbus Company to be set up in an ordinary Airbus which comprised of various facilities specially meant for VIPs.

He also said the Airbus Company promised to include the special compartment as a promotional item, though it carried a price tag of 15 million US Dollars.

The former President has also answered several other allegations leveled against him in the recent past.

In his statement, former President Rajapaksa also said with responsibility that 100 billion rupees were never allocated for the Presidential Secretariat as stated in a television program.

He has answered in his statement to several other allegations made against him after his defeat at the last presidential election.