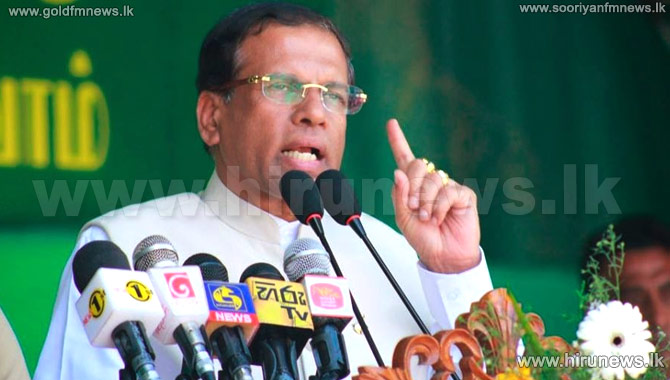 President Maithreepala Sirisena said that a special presidential commission would be appointed next week to probe and punish those who engaged in massive frauds and corruption during the previous regime.

Addressing a public rally in Aralaganwila, President Sirisena said that as he promised to the voters during the last presidential election, he would use the powers vested in him to take stern legal action against the culprits who robbed public property, destroyed some of them and engaged in corruption and frauds.

President Sirisena said it is puzzling him too as to why actions are not taken against the culprits for the massive corruption and frauds that have been committed by the previous regime despite him divulging them during his presidential election campaign.

President Maithreepala Sirisena said that however he has directed the respective officials to take necessary and swift action against the perpetrators.

Meanwhile participating in the 50th anniversary of Polonnaruwa Royal College held this morning, President Sirisena said that he would turn Sri Lanka to one of the countries which implement the best educational system in the globe.