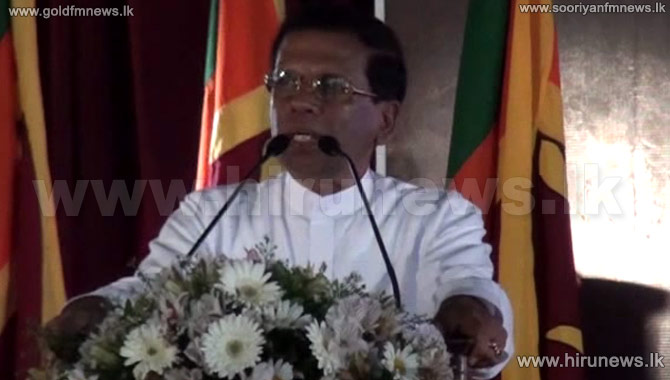 President Maitripala Sirisena said that however much power was vested on the executive presidency, no step could be taken forward without parliament’s support.

Participating at a people’s rally held at Maedirigiriya last afternoon, the President said that similarly the era of UNP – SLFP clashes should come to an end.

Meanwhile the President said at a people’s rally held at Aralagangwila yesterday that a special Investigation Committee would be appointed for probing the large scale scams and corruptions reported during the last regime.