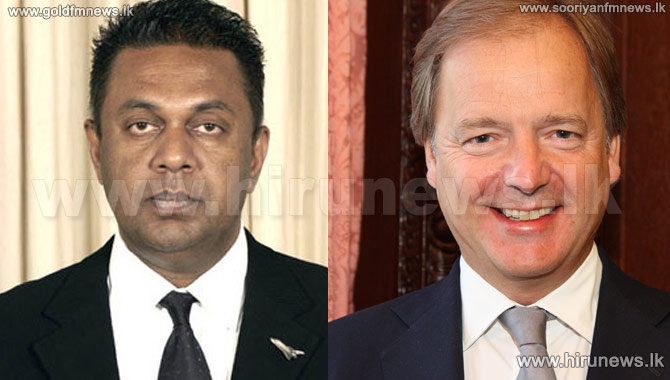 After the meeting, Swire said in a Twitter message that he had a good meeting with the Sri Lankan Foreign Minister building on the discussion the two ministers had when Swire visited Colombo recently.

During his visit Swire called on President Maithripala Sirisena, Prime Minister Wickremesinghe and other senior ministers including the Minister for Resettlement, Reconstruction and Hindu Affairs D M Swaminathan, to discuss the new government's reform programme and areas of potential co-operation.