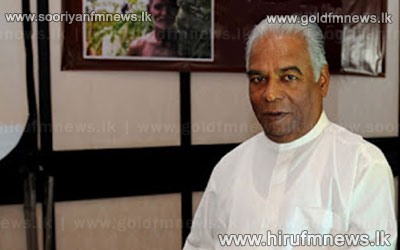 19 suspects including former Senior Minister Athauda Seneviratne agreed today to pay compensation of 800 thousand rupees for the damage they caused to a drinking water project at Kohombadeniya in Warakapola.

This settlement was achieved when the relevant case was taken before Warakapola Chief Magistrate.

The Attorney General indicted 19 persons including the senior minister under 5 charges.

Attorney-at-law Amal Randeniya appearing for the Plaintiff told the court that his client is ready to settle the case for a compensation of 800 thousand rupees.

Responding to the client’s demand, lawyers of the defendants informed the court today that their clients are ready to settle the case accordingly.

The Attorney-at-law further described about the settlement of the case against former senior minister Seneviratne and other suspects.