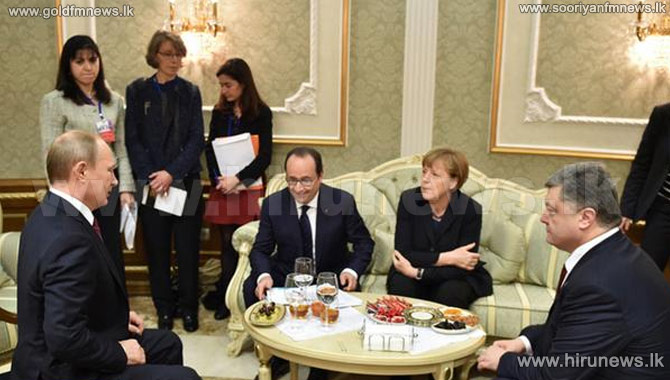 Ukrainian President Petro Poroshenko has said that Russian conditions in ongoing negotiations in Belarus over the conflict in Ukraine, are "unacceptable".

He was speaking to reporters during a break in marathon talks involving Russian President Vladimir Putin.

The four-way meeting, also being attended by the leaders of France and Germany, began last evening, and continued into Thursday morning.

Thousands of people have been killed in the fighting in the east of Ukraine.