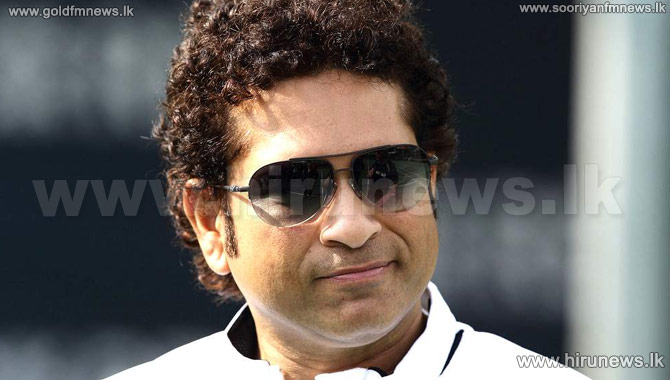 The batting legend also said Australia, New Zealand and South Africa are favourites to make it to the final-four

"According to me, the top four teams that I would put them in the semis would be Australia, New Zealand, South Africa and India," Tendulkar said in an interview toHeadlines today.

Tendulkar, who featured in six World Cups - a joint record with Javed Miandad - said India will have to perform as a unit and MS Dhoni's calm leadership will also play an important role in their title defence.

"I think MS Dhoni is the guy because he has the experience of competing at this level for close to 10 years and he is calm and composed. You know, even on the biggest of the stages he is calm and composed and that is what you expect from a leader," said Tendulkar, who was part of the Dhoni-led side that won the trophy in 2011.

"A leader should not panic, a quality which he has, and you know it's equally important for a captain to be in a good form also to take his team forward, only one individual cannot make you win the trophy. You need the support of the entire team," Tendulkar said.

About Virat Kohli, Tendulkar said he is an intelligent cricketer who reads the game well. "I think Virat Kohli is brilliant, his biggest strength is that he analyses the situation very well and also analyses the conditions, the pitch, the surface that he is going to bat on. He picks that very quickly, and then he is sure about when he's going to collect his runs and how he's going to collect his runs," he said.

Shikhar Dhawan might have struggled for runs Down Under but Tendulkar feels the left-handed opener will find the pitches to his liking if he gets going in the World Cup. "Shikhar has not had a great time in Australia, but when he gets going, his game is suited for those hard and bouncy wickets. I think Shikhar, when he gets going early on in the tournament, will be a key factor."

India take on Pakistan on Sunday, February 15, in their campaign opener. It promises to be a high-voltage contest in Adelaide but Tendulkar said their arch-rivals are not as strong as they used to be in the past and also lacked consistency.

"With time things change and so will the teams. I remember when we played in 2003 against Pakistan in Centurion, the bowling attack has Wasim Akram, Shoaib Akhtar, Waqar Younis, Abdul Razzak, Shahid Afridi - the leading attack in the world I would say. They definitely don't have an attack of that calibre, but that does not mean the newer lot cannot deliver, they can still deliver but you know they lack that substance.

"I think Mohammad Irfan is one bowler who can consistently bowl well in Australia and New Zealand. The rest of the guys, there are a few guys. Wahab Riaz can bowl, but I feel they might lack consistency," said Tendulkar, who won three man-of-the-match awards in India's five World Cup wins against Pakistan since 1992.

On co-hosts New Zealand's chances of winning the tournament, Tendulkar said, "New Zealand is very close to them. I think New Zealand is another under-rated team but they are a strong side, they have a decent bowling attack and all of them can bat."

Tendulkar is impressed with the way Steven Smith has matured as a cricketer and feels the Australian will have a key role to play for his team during the World Cup.

"Four months ago nobody would have said that Steve Smith would perform so well in Test cricket, one day cricket and T20. He was always a dangerous player especially T20, but he has also shown tremendous qualities in Test cricket. That makes him a strong contender to be one of the top players of the World Cup.

"He is energetic, he is vibrant and his energy is infectious. He led the Australian team (from the front) in the Test series and also played well in the one-day series - this is something that one needs to take notice of," Tendulkar said. (Cricbuzz)