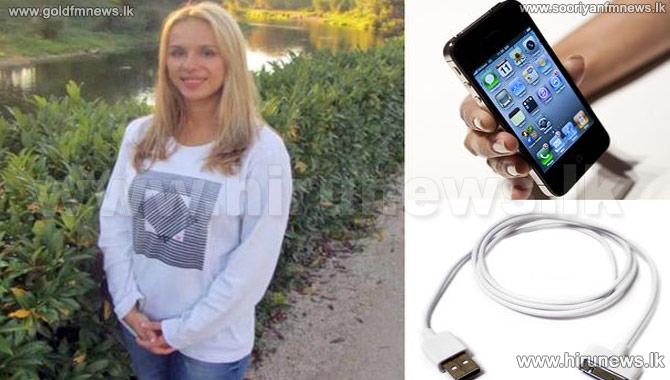 A young Russian woman has died after her charging iPhone fell into the bathtub in her Moscow flat.

Yevgenia Sviridenko, 24, who was originally from Omsk, more than 2,000 miles from the Russian capital, was discovered by her flatmate in the bath on Monday evening, the Komsomolskaya Pravda newspaper reported according to The Moscow Times.

Sviridenko's housemate, Yaroslav Dubinina, 23, said she went to check on the young woman when she became concerned by how long she had spent in the bathroom.
"I walked in and saw her lying there all pale in the water. Her phone was also in the water. I pulled my friend out and noticed that her body was shaking from the shock," Dubinina was reported as saying.

Sviridenko is believed to have been charging her phone and scrolling through VKontakte, the Russian equivalent of Facebook, shortly before she died. Emergency services who attended the scene tried to resuscitate Sviridenko, but were unsuccessful.

It remains unclear why the charger didn't cut out as licensed Apple products are designed to do. Police did not reveal whether the device was not a licensed Apple product, Mail Onlinereported.
The tragic incident comes after a 16-year-old girl died in the Bashkortostan republic after she took her phone charger into the bathroom as she was taking a shower.

A regional Investigative Committee spokesperson said preliminary tests had suggested the girl died from an electric shock but that the investigation was ongoing, Komsomolskaya Pravda reported Monday. (The Independent‎)