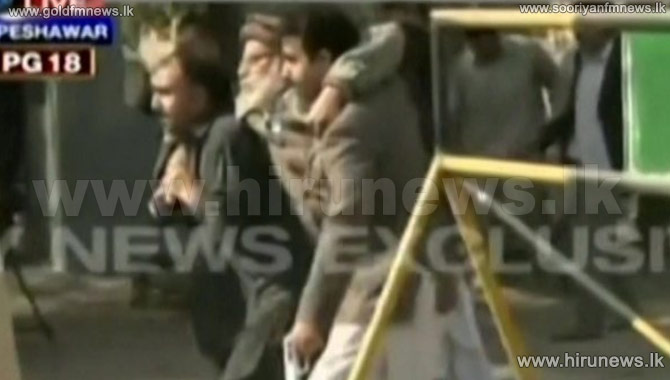 Three militants have launched a gun and grenade attack on a Shia mosque in the Pakistani city of Peshawar, killing 18 people and injuring dozens.

Police and the gunmen exchanged gunfire at the mosque in Peshawar's wealthy Hayatabad district.

Officials later said one militant had blown himself up, one had been arrested and another killed in the gunfight.

Sunni militants linked to the Taliban said they had carried out the Shikarpur attack, which was the deadliest in years.

In Peshawar, TV footage on Friday showed people running from the scene, some carrying wounded people on their shoulders.

Police chief Mian Saeed said the militants stormed the mosque wearing suicide vests. However, only one attacker managed to detonate his.

The other two reportedly threw grenades and shot at worshippers gathered for Friday prayers.

No group has said it carried out the attack.

Over the past decade, Pakistan has experienced an increasing number of sectarian attacks.

Most are carried out by hard-line Sunni Muslim groups against Shias, who comprise about 20% of the population. (BBC)