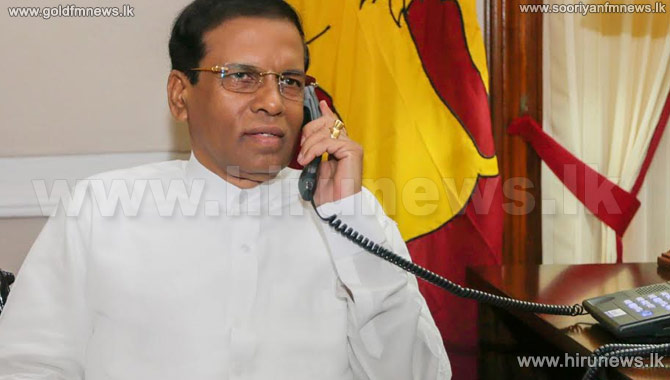 The Indian Premier who engaged in a telephone conversation with the Sri Lankan President today has told that he is keen about President Maithreepala’s tour of India.

Prime Minister Modi has also told that his government and people have been anticipating to warmly welcome the Sri Lankan delegation.

During the phone conversation, the Indian Premier extended his best wishes to the Sri Lankan Cricket team participating in the World Cup, and President Sirisena too reciprocally wished the Indian Cricket team.

Having elected the first citizen, President Maithreepala Sirisena would begin his first overseas tour to India on Sunday.