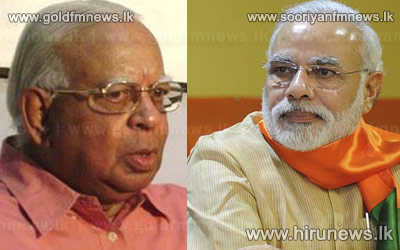 TNA Leader R. Sambandan has requested from the Indian Prime Minister to set his sights on the 13th Amendment during President Maithripala Sirisena’s Indian tour.

While expressing his views during an interview with The Hindu newspaper, MP R. Sambandan stated that he believes the Indian Premier will personally look into the matter.

President Maithreepala Sirisena will begin his maiden foreign tour, with the Indian tour which extends from 15th to 19th of this month.

During the tour, the Sri Lankan President is due to hold talks with Indian Prime Minister Narendra Modi, President Pranab Mukerji as well as several political leaders.