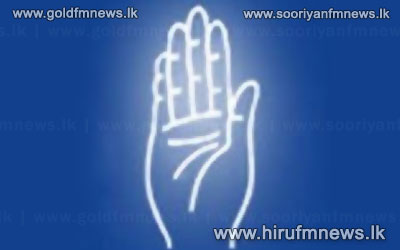 Parliamentarian and former Minister Susil Premajayantha has been appointed as the SLFP’s new National Organizer.

The appointment was made during the Executive Council meeting which was held under the patronage of President Maithreepala Sirisena at Ape Gama complex in Battaramulla today.

While expressing his views to the media, the newly appointed Deputy Chairman of the party, Minister Rajitha Senaratne stated that a new committee board was also appointed during the meeting.

He stated that they have appointed the chairmen and the secretaries of these committees and intend to appoint the other board members later on.

Maithripala Sirisena is the new Chairman of the party while the General Secretary is Anura Priyadarshana.

Susil Premajayantha was appointed as the National Organizer and S. B. Nawinna was selected as the Treasurer.

Following the Executive Council meeting, Minster Rajitha Senaratne also expressed his views regarding the amendments made to the Party Constitution.

These amendments include, changes made to the names of organizations functioning under the party, adding former presidents, prime ministers and senior minister Alawi Maulana to the panel of advisors to the board, as well as increasing the number of individuals that can be appointed by the party chairman up to 24.

The decisions taken during the Executive Council meeting was taken into consideration during the SLFP All Ceylon Working Committee meeting which was held subsequently.

However, following this meeting a tense situation occurred due to a group of local government representatives staging a protest, stating that they didn’t receive an opportunity to express their views.

Meanwhile, the newly appointed board of committee members of the SLFP unanimously elected Nimal Siripala De Silva as the Senior Deputy Chairman.

A tense situation has occurred at the Ape Gama Complex following the conclusion of the SLFP All Ceylon working committee meeting.

The working committee meeting of SLFP concluded a short while ago.

A group of Provincial council members representing the SLFP staged a protest at the venue as soon as the All Island working committee meetings drew to a conclusion.

They protested for not receiving an opportunity to expressing their views during the meeting.