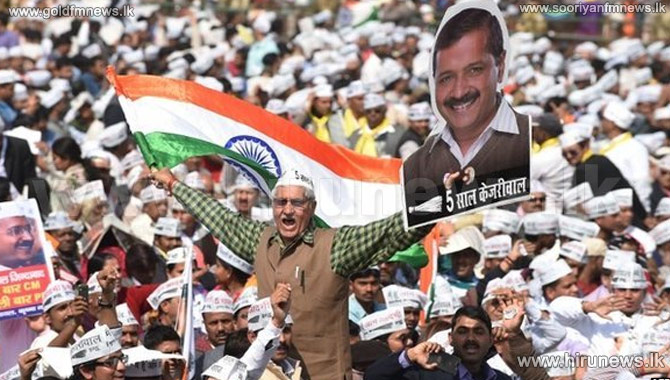 Anti-corruption activist Arvind Kejriwal has vowed to end Delhi's "VIP culture" as he was sworn in as the Indian capital's chief minister.

The ceremony took place at an open ground, in front of thousands of cheering supporters.

The Bharatiya Janata Party which won a landslide in last year's general election, was reduced to three seats.

It was a major setback for Prime Minister Narendra Modi.