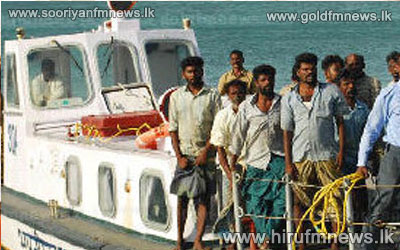 UNP MP R. Yogarajan who intervened in the matter, stated that the Indian Naval coast guards released and handed over several fishermen this morning.

87 Indian fishing boats which were seized by the local authority were also released yesterday.

Steps were taken to release several Indian fishermen as well.

According to the officials, discussions with the Indian government led to this decision.

Speaking at an interview with the Hindu newspaper he revealed that he believes that Prime Minister Narendra Modi will give his personal attention to this matter.

President Maithripala Sirisena will leave for India on his maiden foreign tour which extends from tomorrow to the 19th of this month.

President Sirisena will be meeting the Indian PM Narendra Modi and President Pranab Mukarjee during his visit.