Tourism sector to be changed - PM 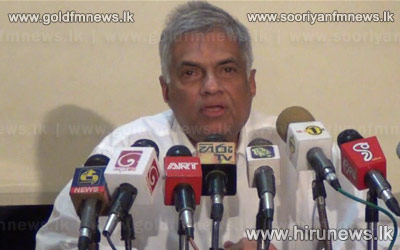 Prime Minister Ranil Wickramesinghe says that he will not allow the construction of major scale hotels near beach and sea areas.

Attending a meeting with the UNP supporters in Galle he stated that the environmental harm due to the construction of hotels exceeding average height should be prevented.

According to him there are so many opportunities to develop the tourism industry instead of organizing Night Races.

He also said that he will revive the much proclaimed Galle Literary Festival.